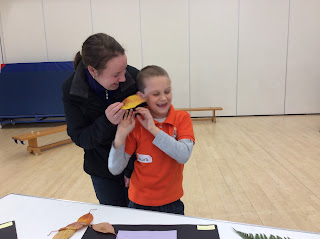 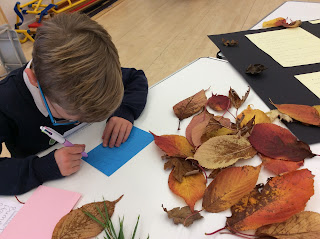 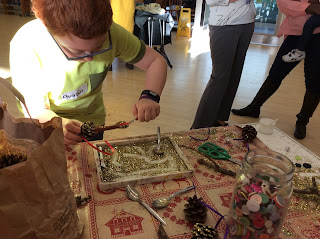 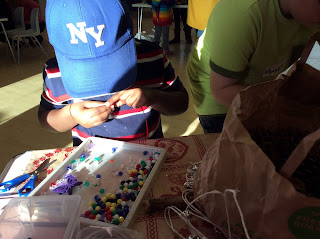 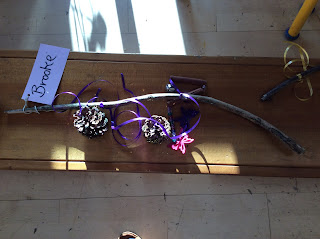 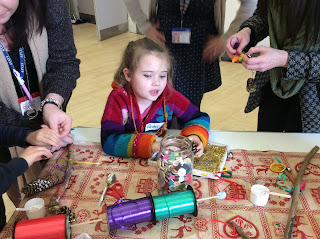 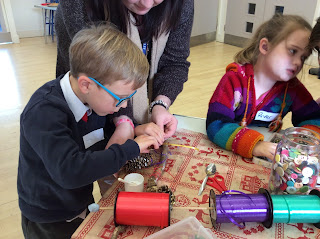 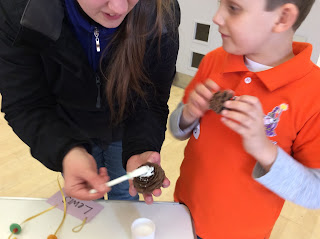 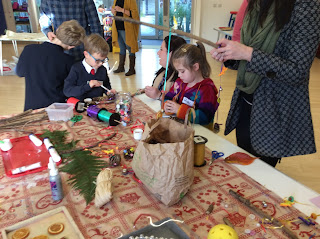 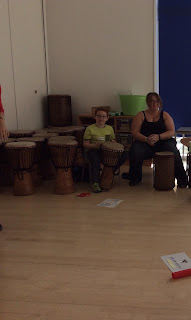 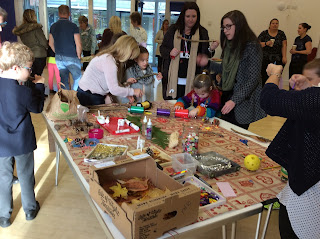 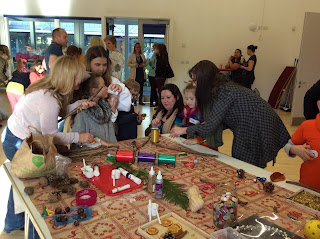 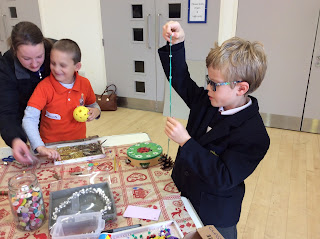 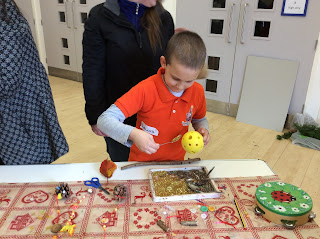 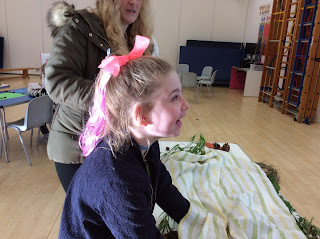 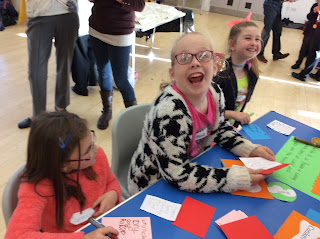 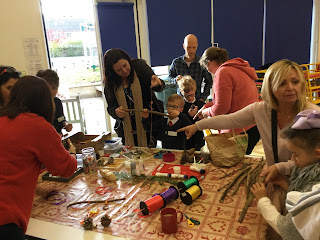 Autumn in-reach
A great time was had by all at our Autumn In-reach! The children took part in a variety of activities, including an autumn 'feely' table, where children had to guess the objects, describing how the objects smelt and felt.
They then moved to the poetry table, where they used their descriptions of the autumnal objects to help them to write or braille autumnal poems.
From this activity they moved to the music session, where they were able to recreate their autumnal poems using the instruments, setting their music to a beautiful  song created by Janet Hunt, (VI LSA) and her son.
They also had the chance to make mobiles using autumnal objects.
As usual, we were lucky to have Jenny Collins from Open Sight, Sue Lee, Donna Irving and Libby Mitchell  from the VI advisory team attending, as well as parents, teaching assistants and teachers from a variety of schools who came to support their children and pupils.
A big thank you also to the PTA, who gave of their time to provide drinks and snacks for both children and adults. 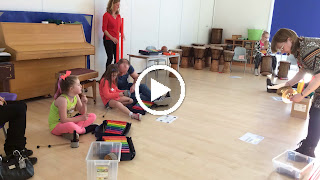 What a great day we have had today.  We were lucky to have Anna from Zoolab in see us.

Anna bought in some mini-beasts that we got to look at closely and to hold some of them.

First we met Tiny the snail, we found out that he has 10,000 teeth on his tongue!

Then there was Philippe the hissing cochroach. Anna told us that Phillippe likes to eat pizza, cake, fish and chips and also paper and glue!  He has three super powers.  ONE he is very fast and can run through fire.  TWO he would survive in the freezer for three years and  THREE he can live without his head!

After the excitement of Phillippe we met Buttercup the baby tarantula.  She had hair all over her body, eight legs and eight eyes.  She sucks her food up through a straw like feature in her mouth.

Then came the giant millipede Todd, he has 240 legs.  When he is scared he rolls up in to a ball, digs into the ground and makes a smell! 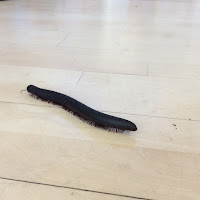 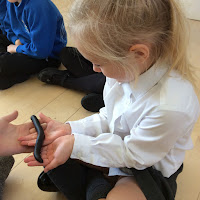 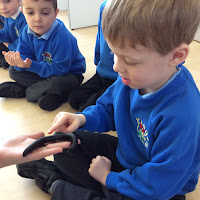 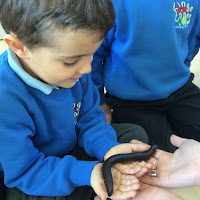 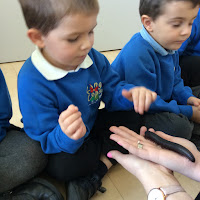 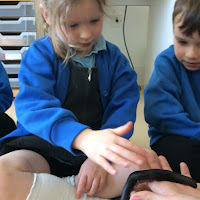 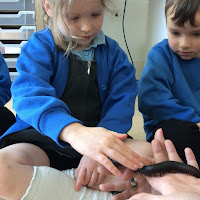 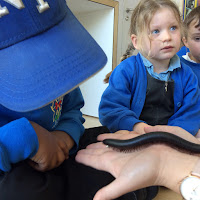 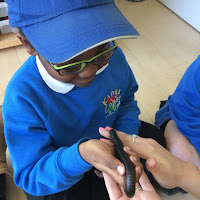 Finally we met Charlie, he is not a mini-beast but a snake.  Charlie is a corn snake,  corn snakes usually live in cornfields.  He only eats meat and likes mice.  He squeezes his food and swallows it whole!

Thank you so much Anna you were so friendly and helpful and informative.  We really enjoyed meeting your 'friends'.