Today, Year Five had the fantastic opportunity of taking part in Winchester Cathedral's first 'Pipe Day', in which the children explored the sounds and mechanics of the Cathedral's organ. 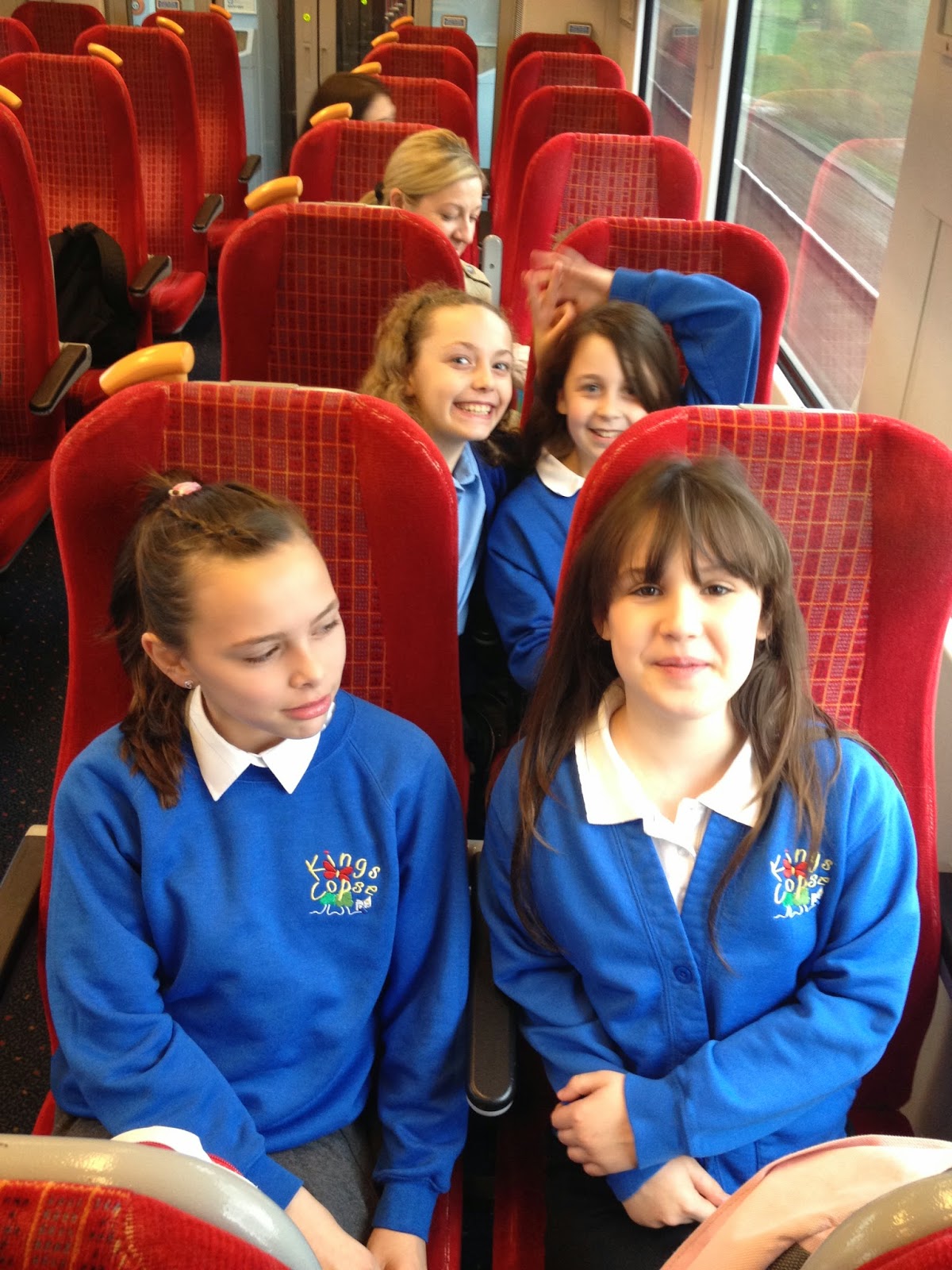 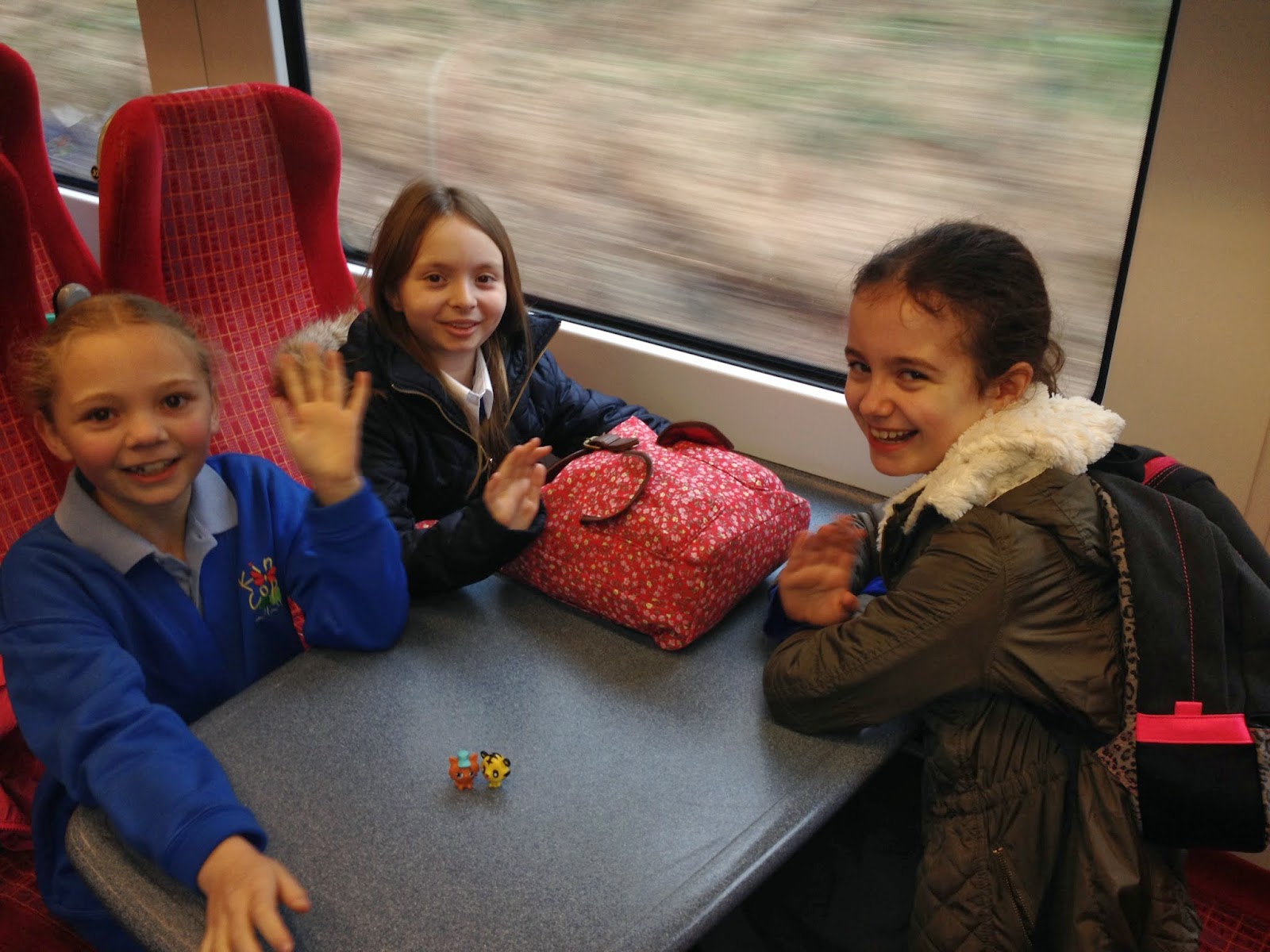 Our first adventure included getting the train, something which not everyone had done before! 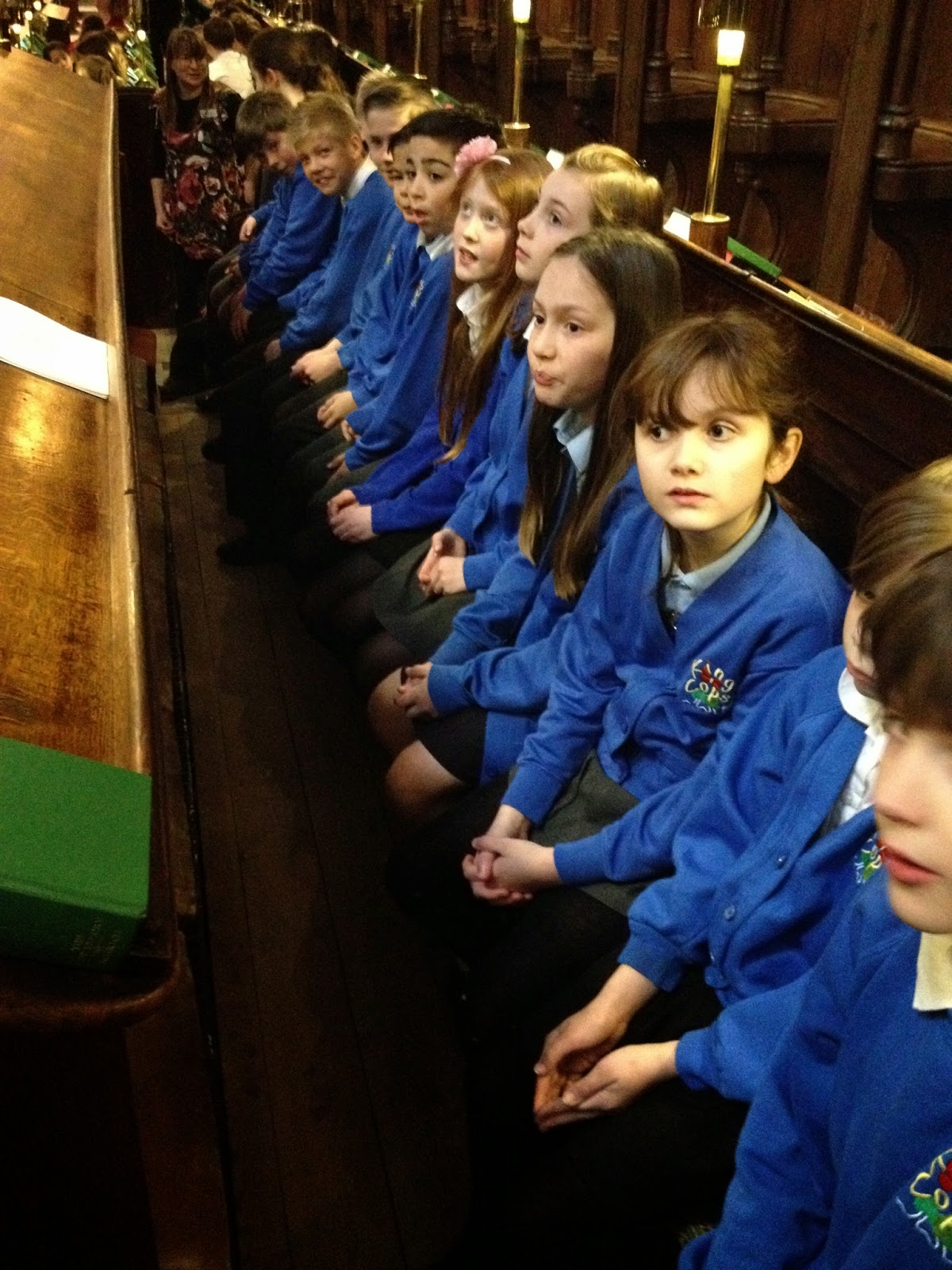 When we arrived, we sat in the choir's seats to learn a little bit about the organ - did you know there are over 6,000 pipes!


We were then introduced to the Woofyt (the Wooden One-octave Organ For Young Technologists). The Woofyt is modelled on the pipe organ and helped us to understand the mechanics of how the pipe organ works. We had to work together as a team to play different songs, like twinkle twinkle little star! 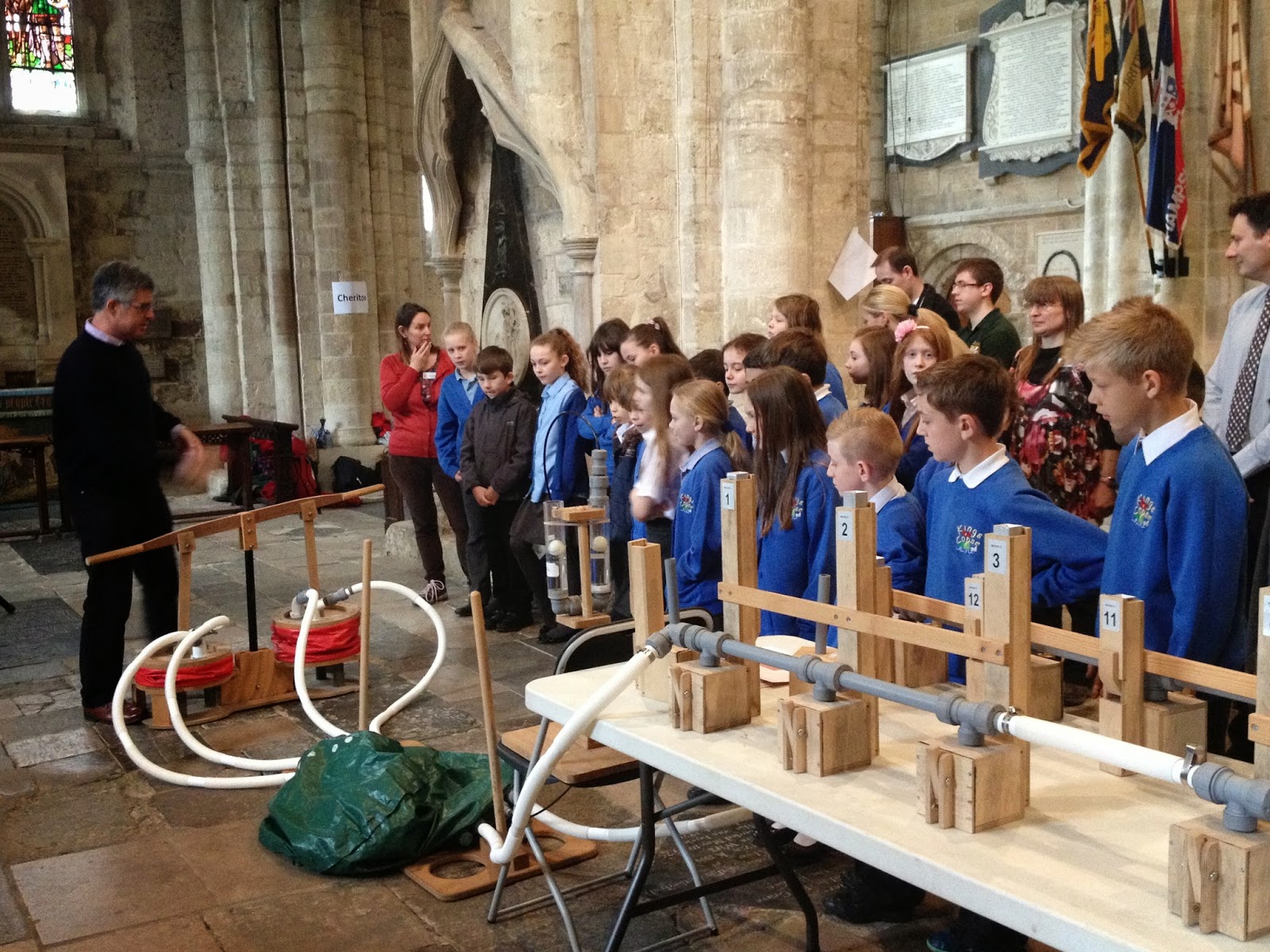 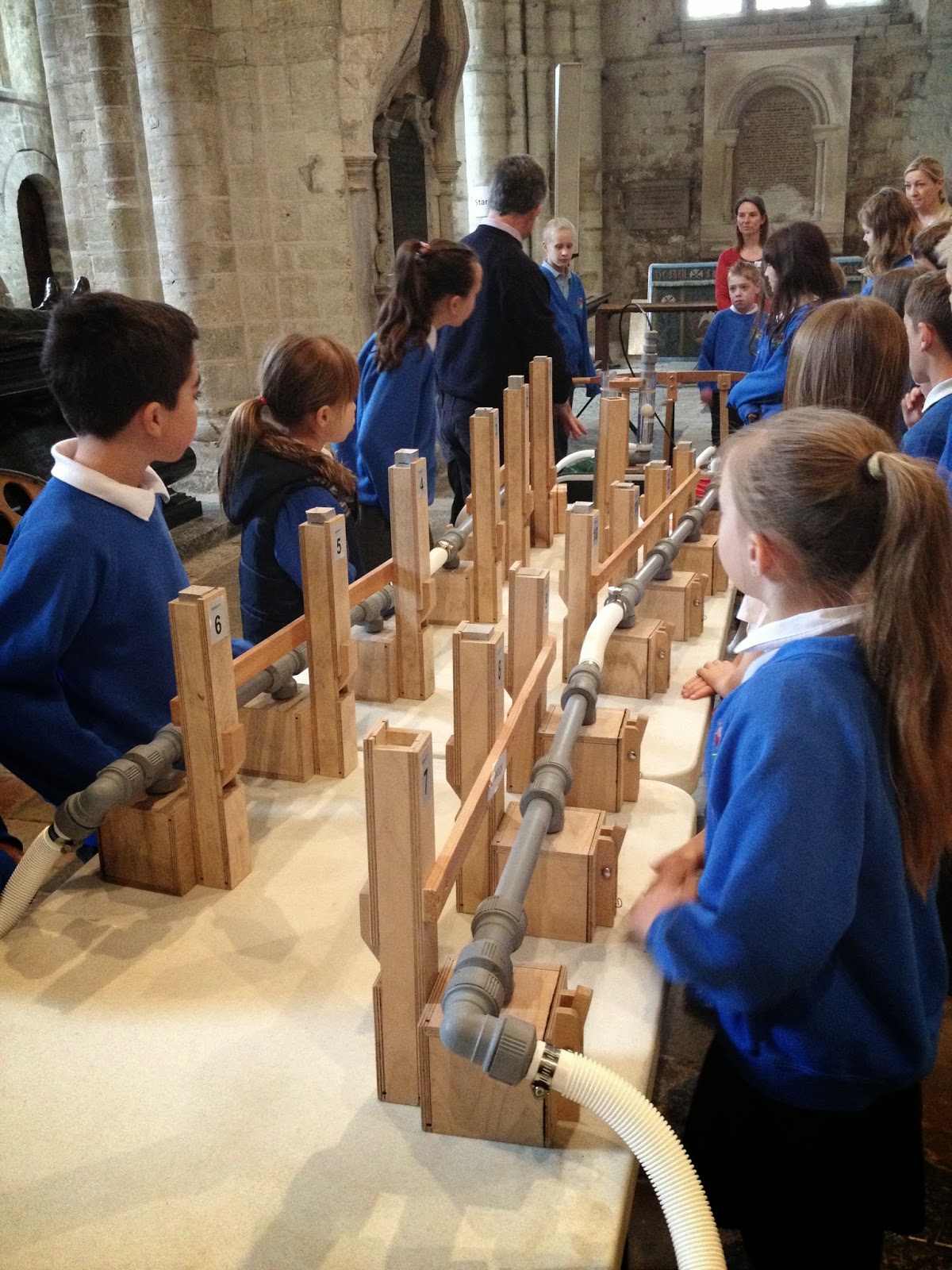 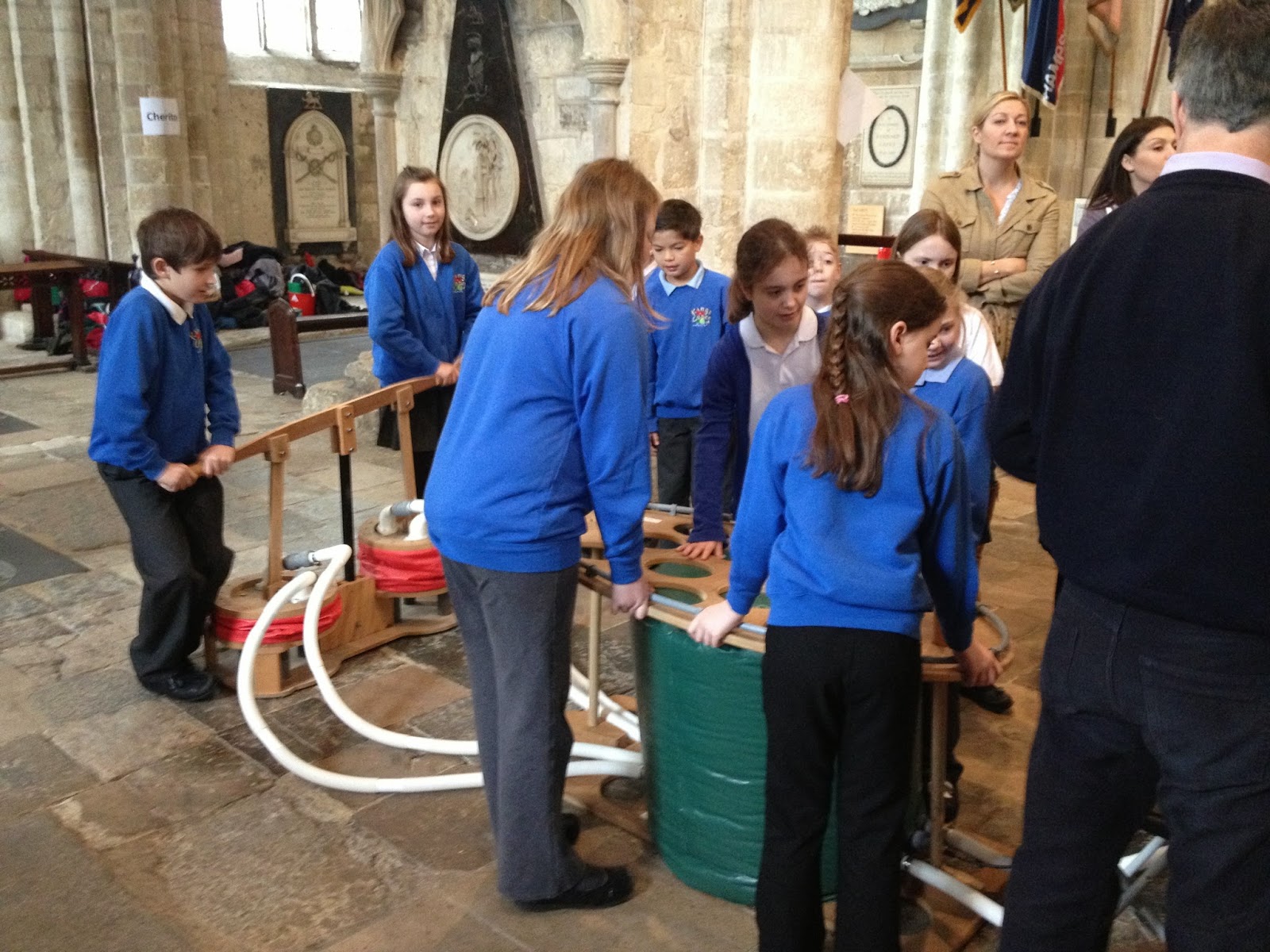 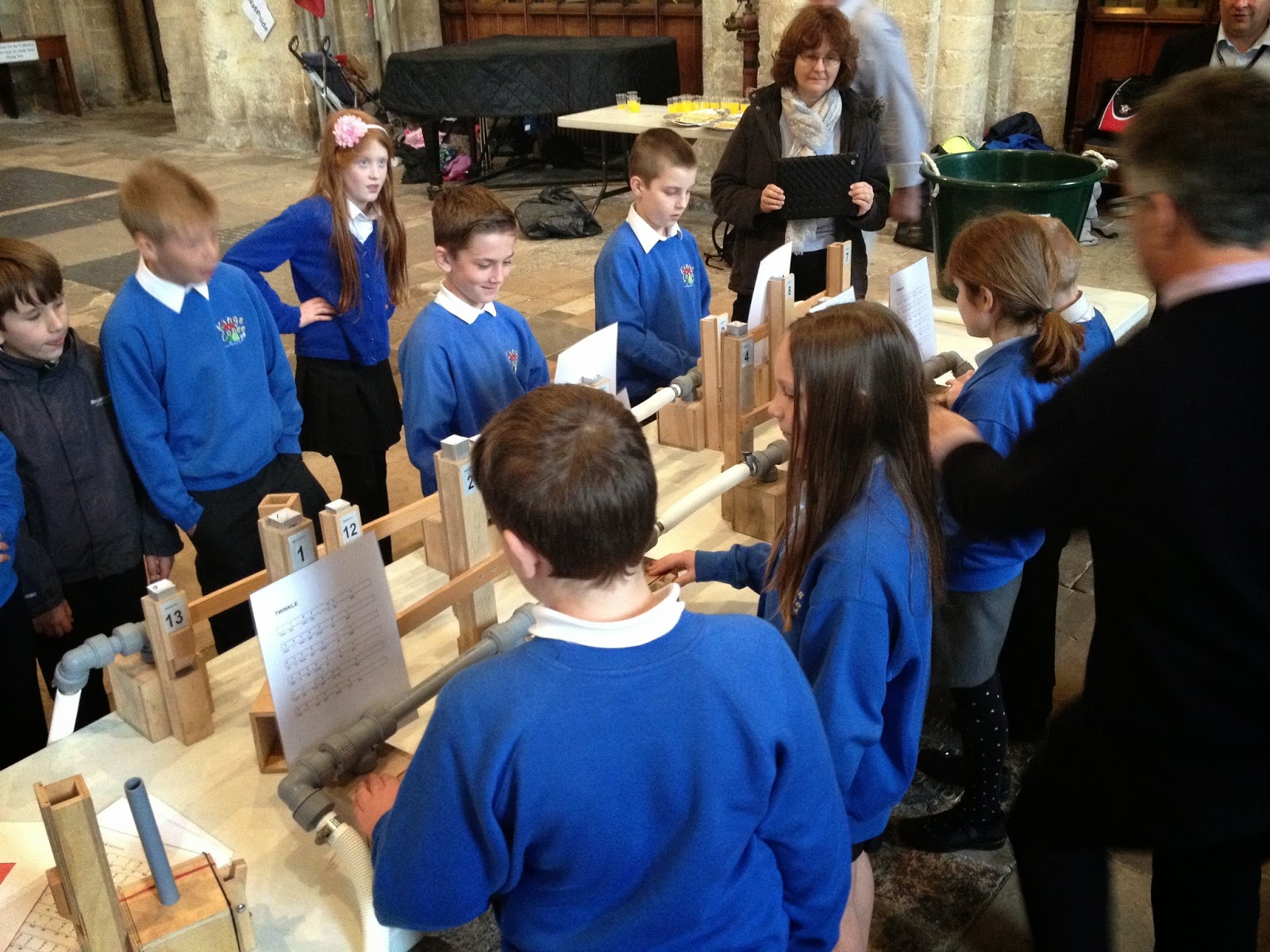 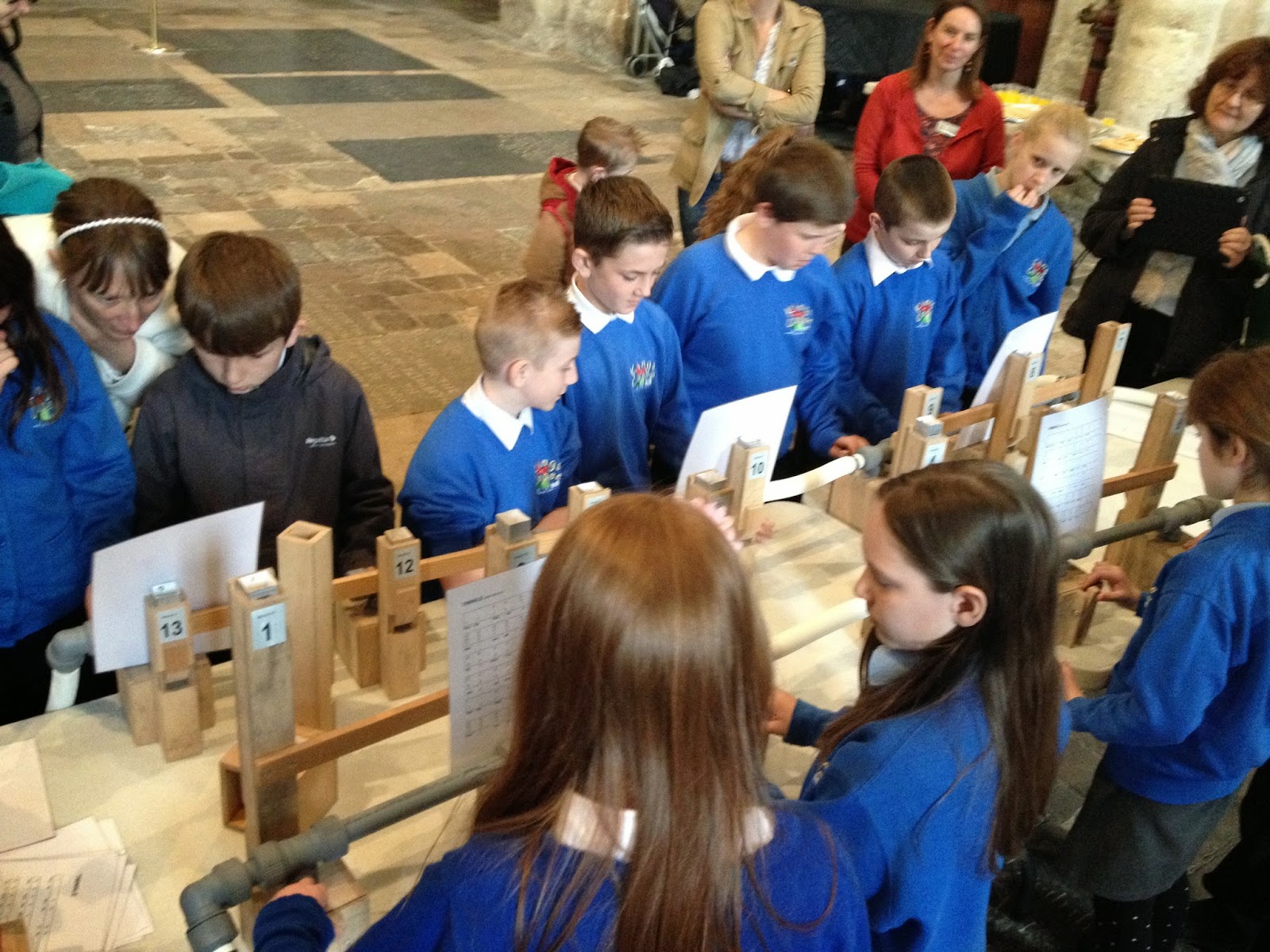 The next part of the day included having go on a smaller organ. We played 'question and answer' games, listening to different sounds that the organ could produce. 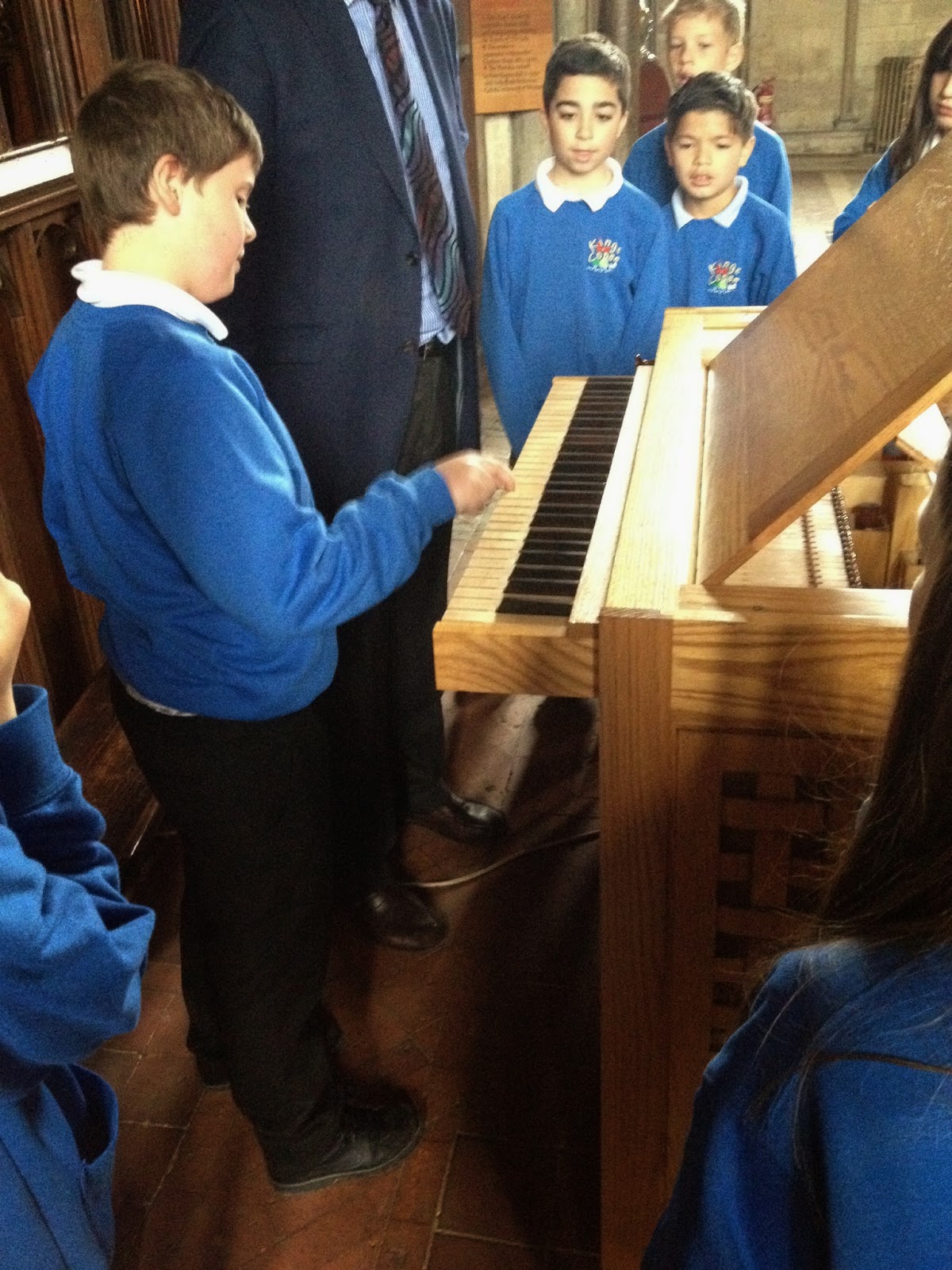 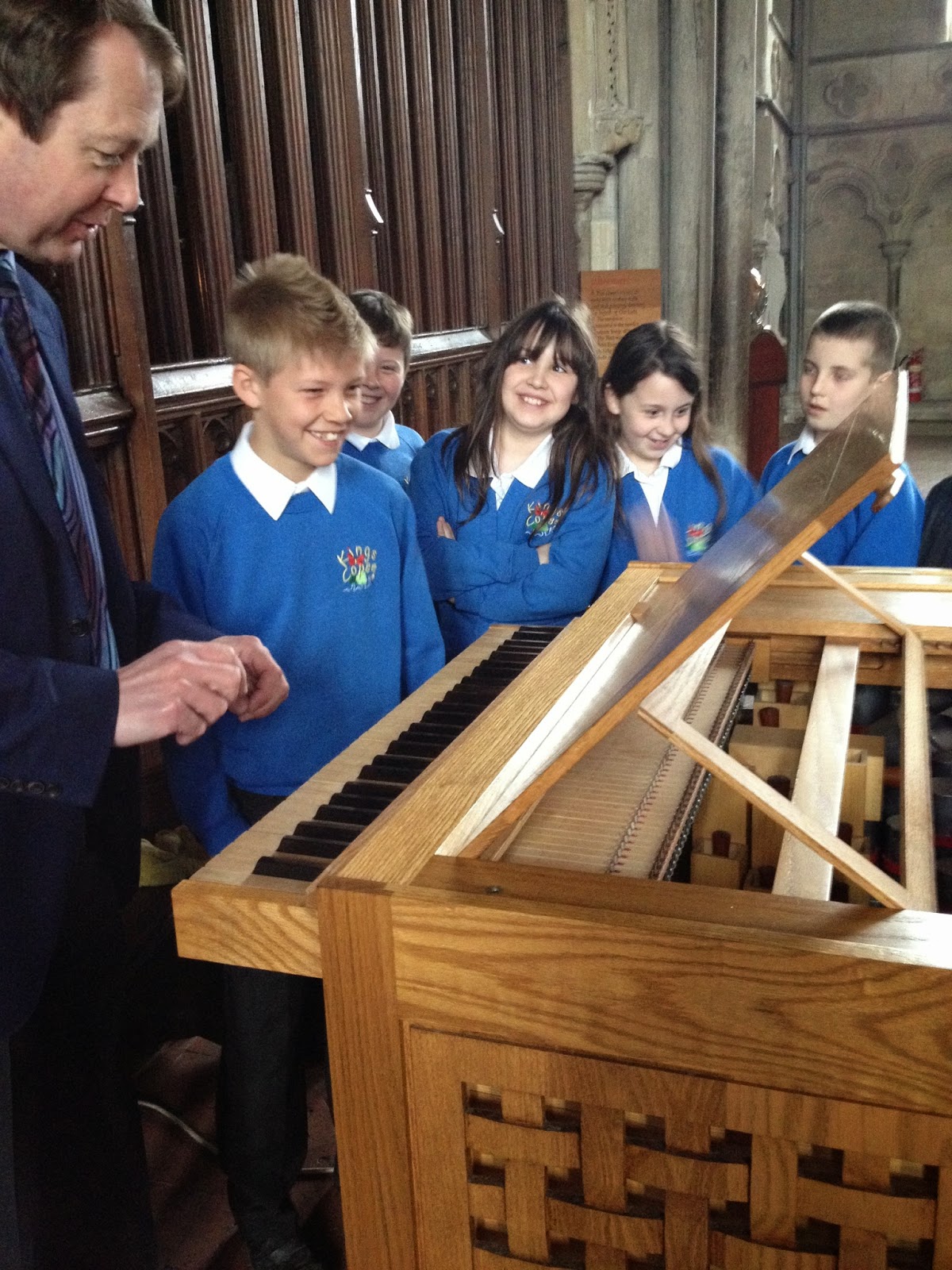 We sat outside the cathedral to eat our lunch - what a view! 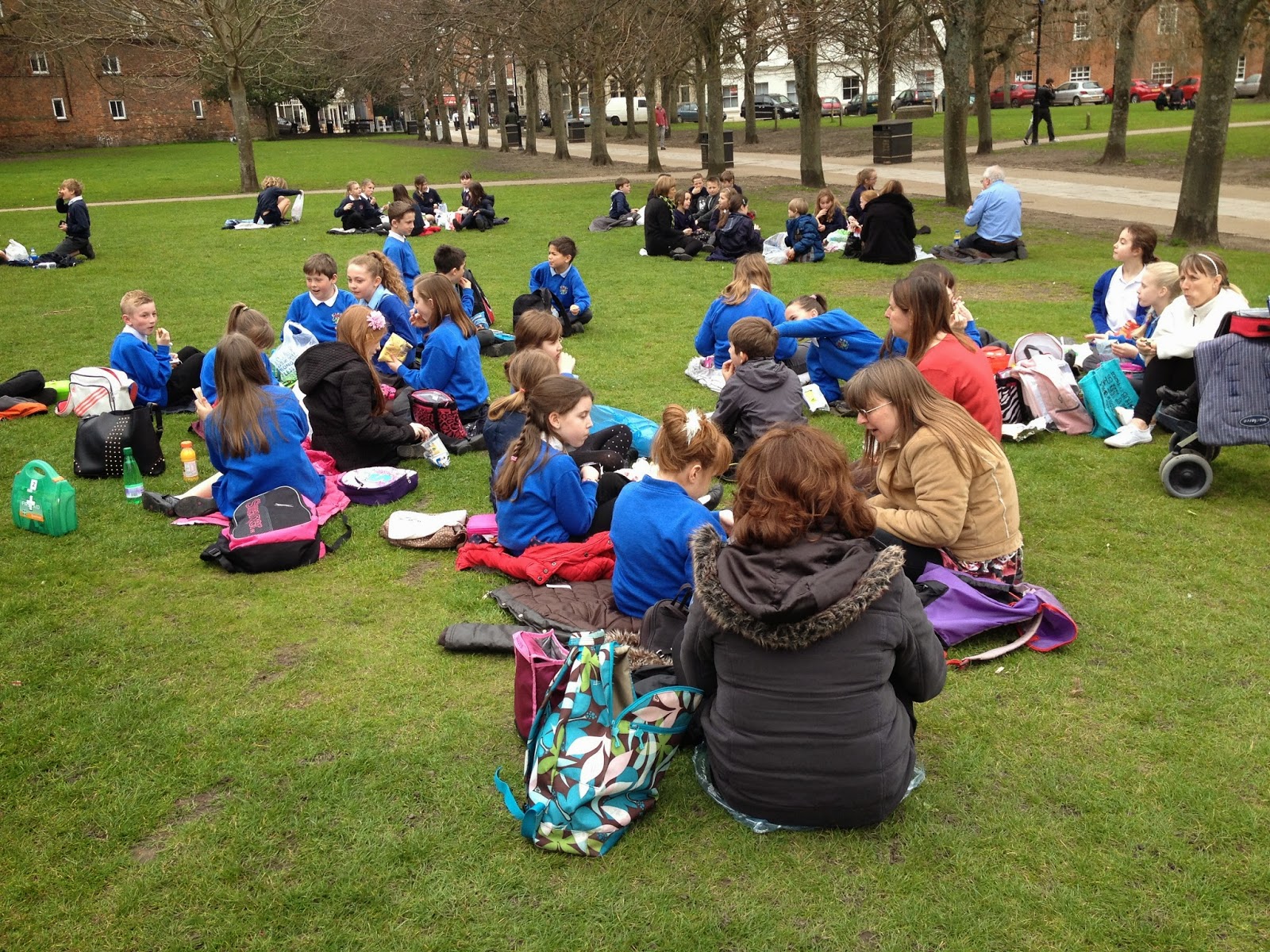 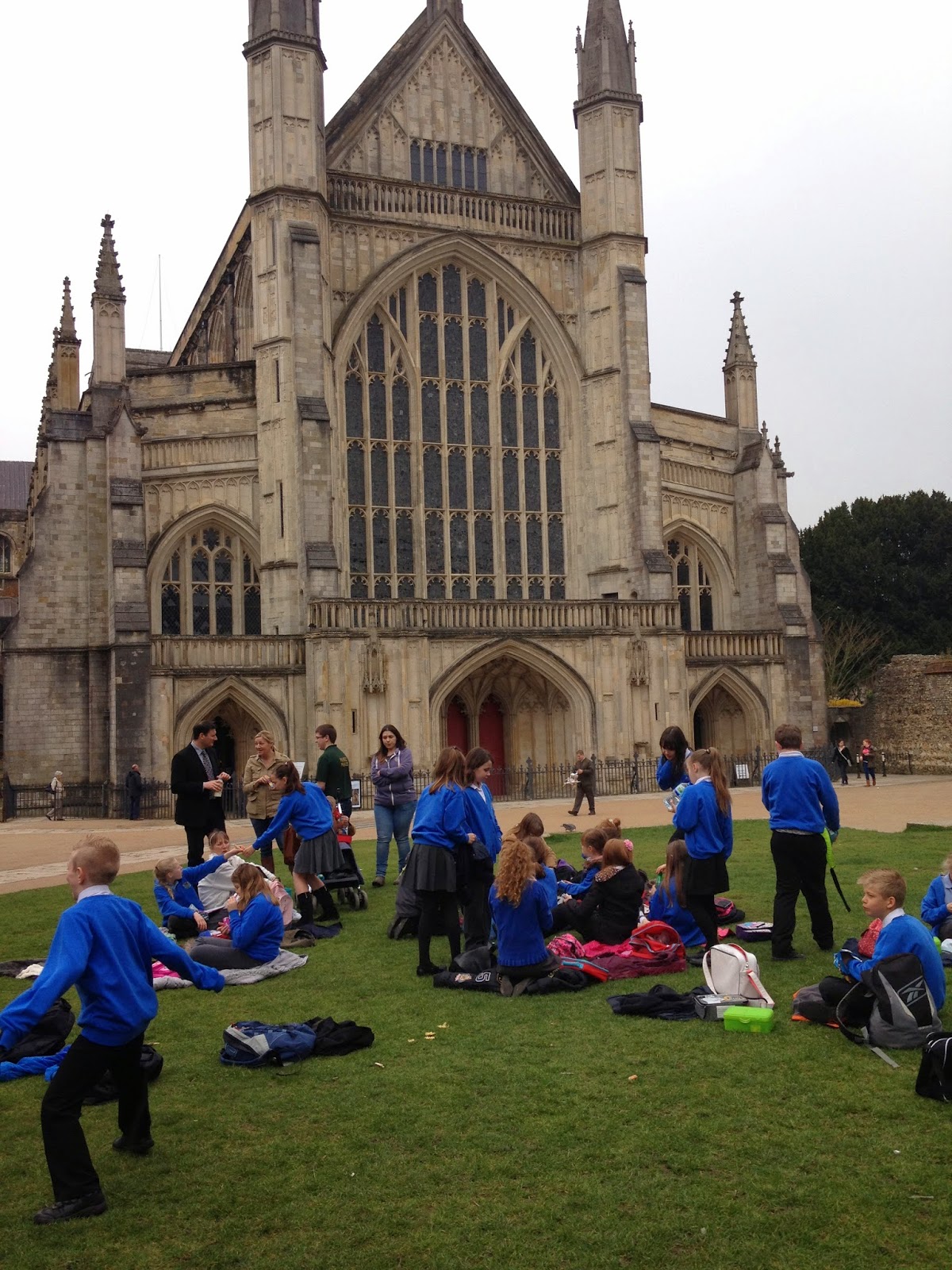 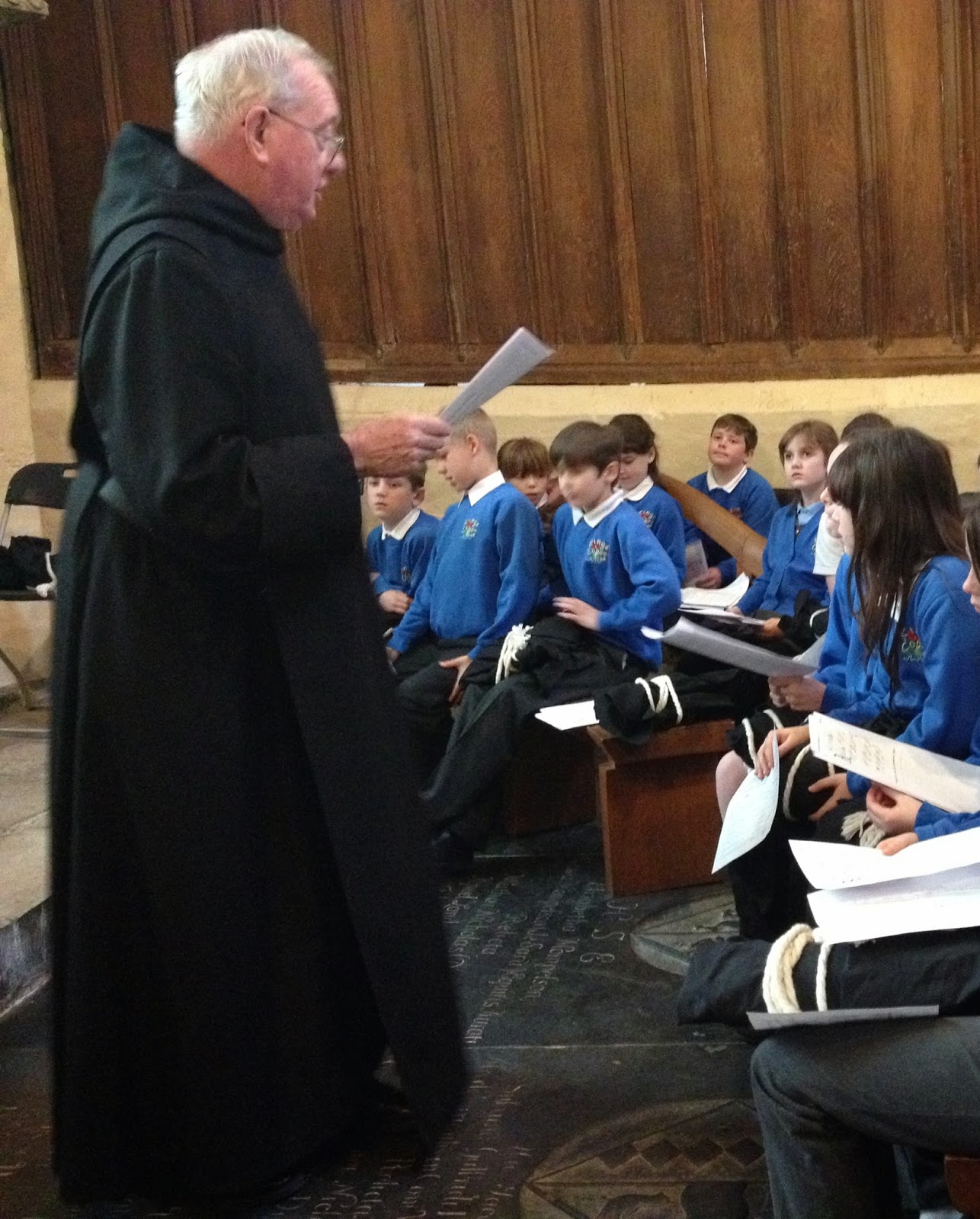 After lunch, we took part in a short choir lesson from one of the Cathedral's choristers. The first piece of music ever written was recorded in Winchester, so it was very interesting to learn about the history of choral singing, and have a go ourselves.
The final part of the day included having a tour of the Cathedral. We learnt all about Saint Swithun, and some of the history of the Cathedral itself.
Year Five, which part did you find the most interesting? 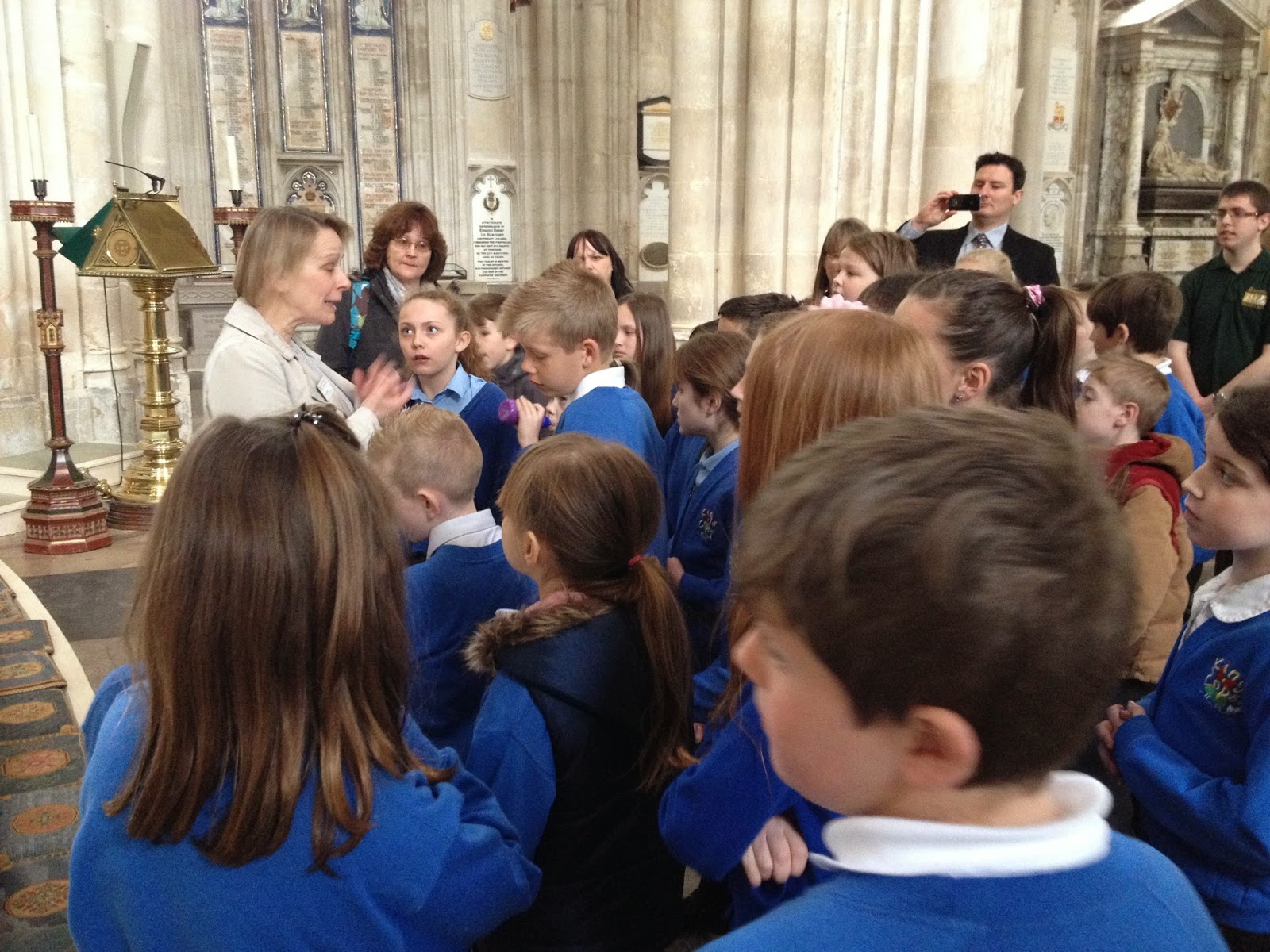 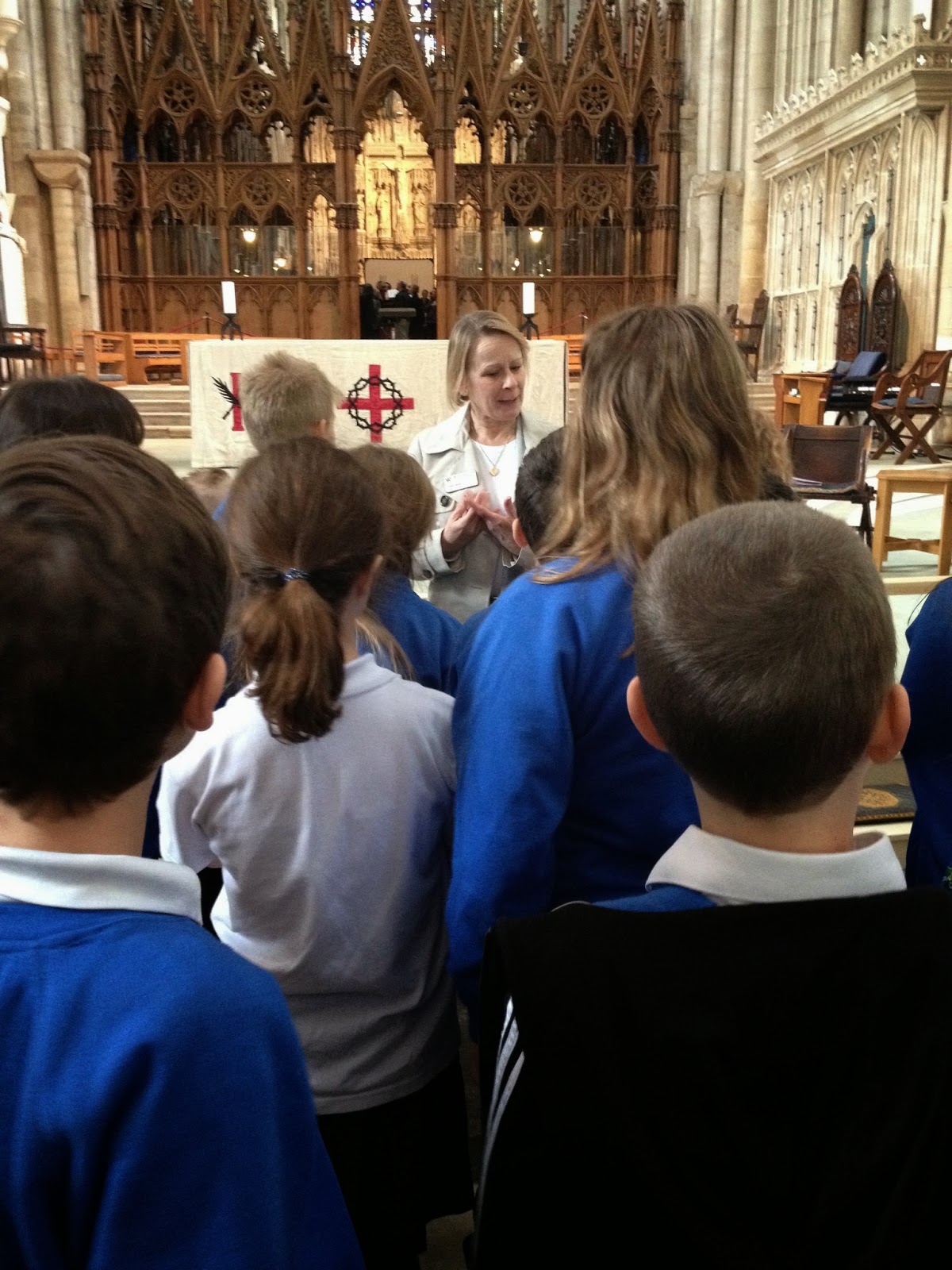 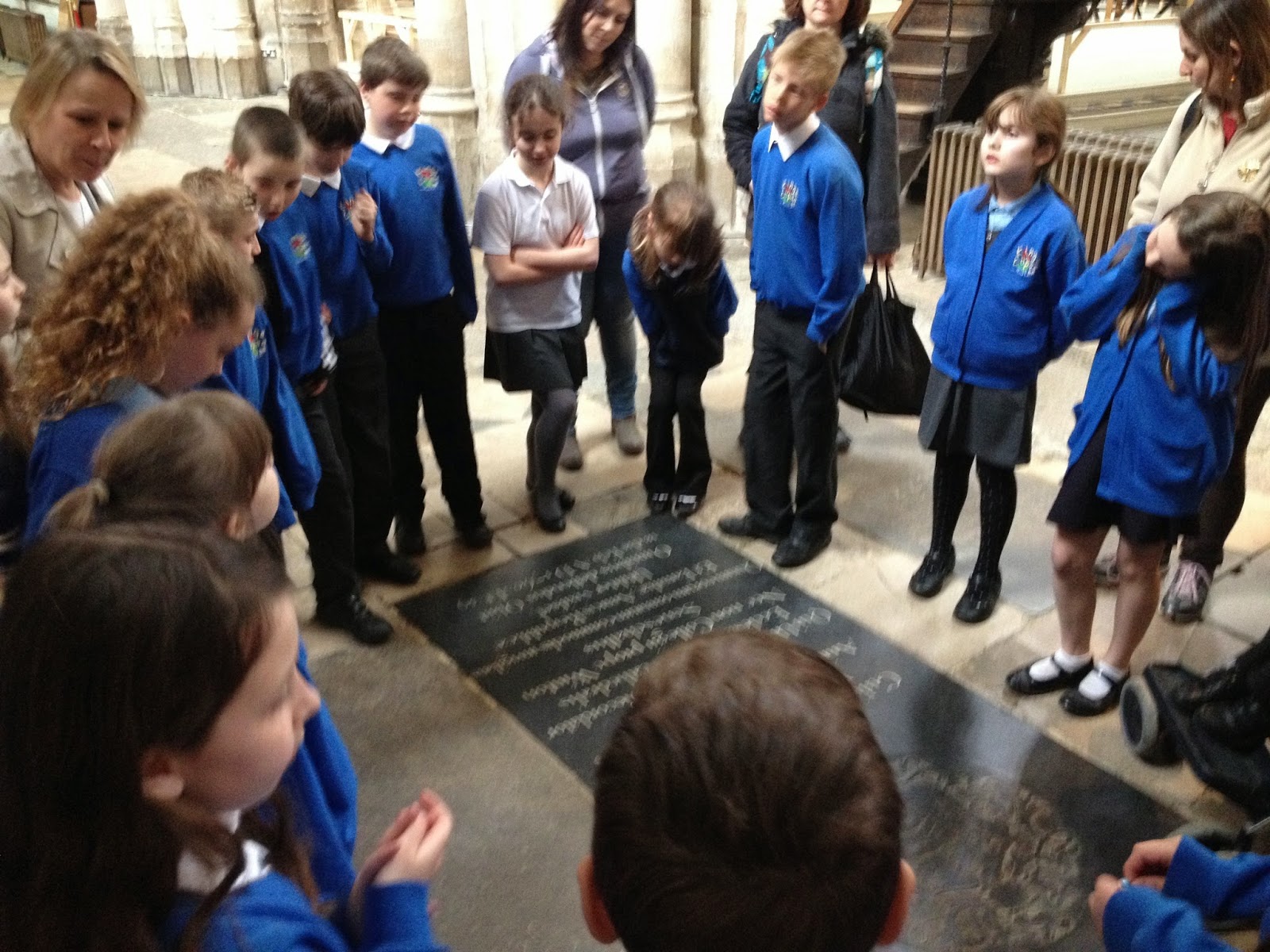 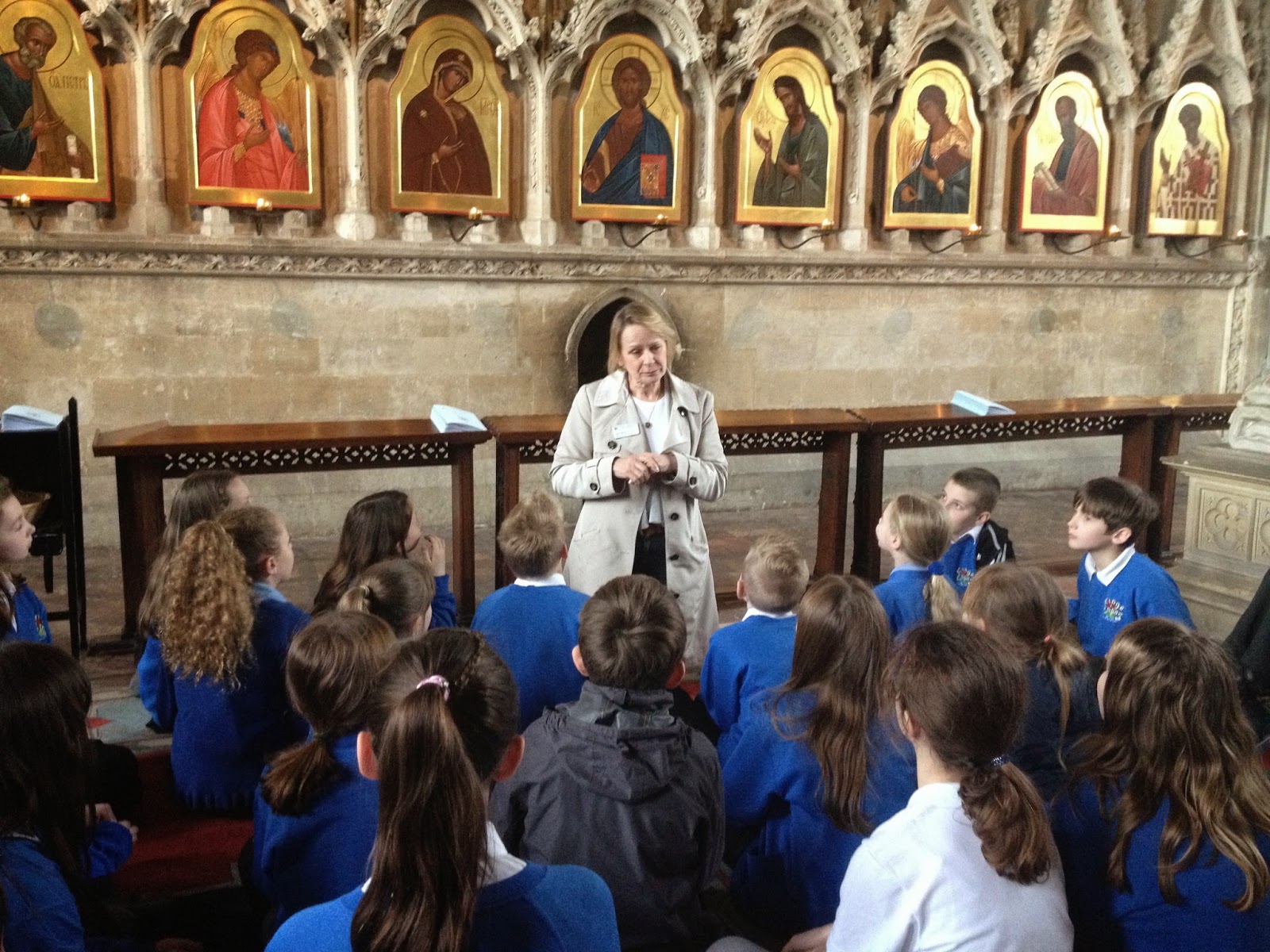 On the way back to the station, we took a short detour to see the alleged round table of King Arthur! 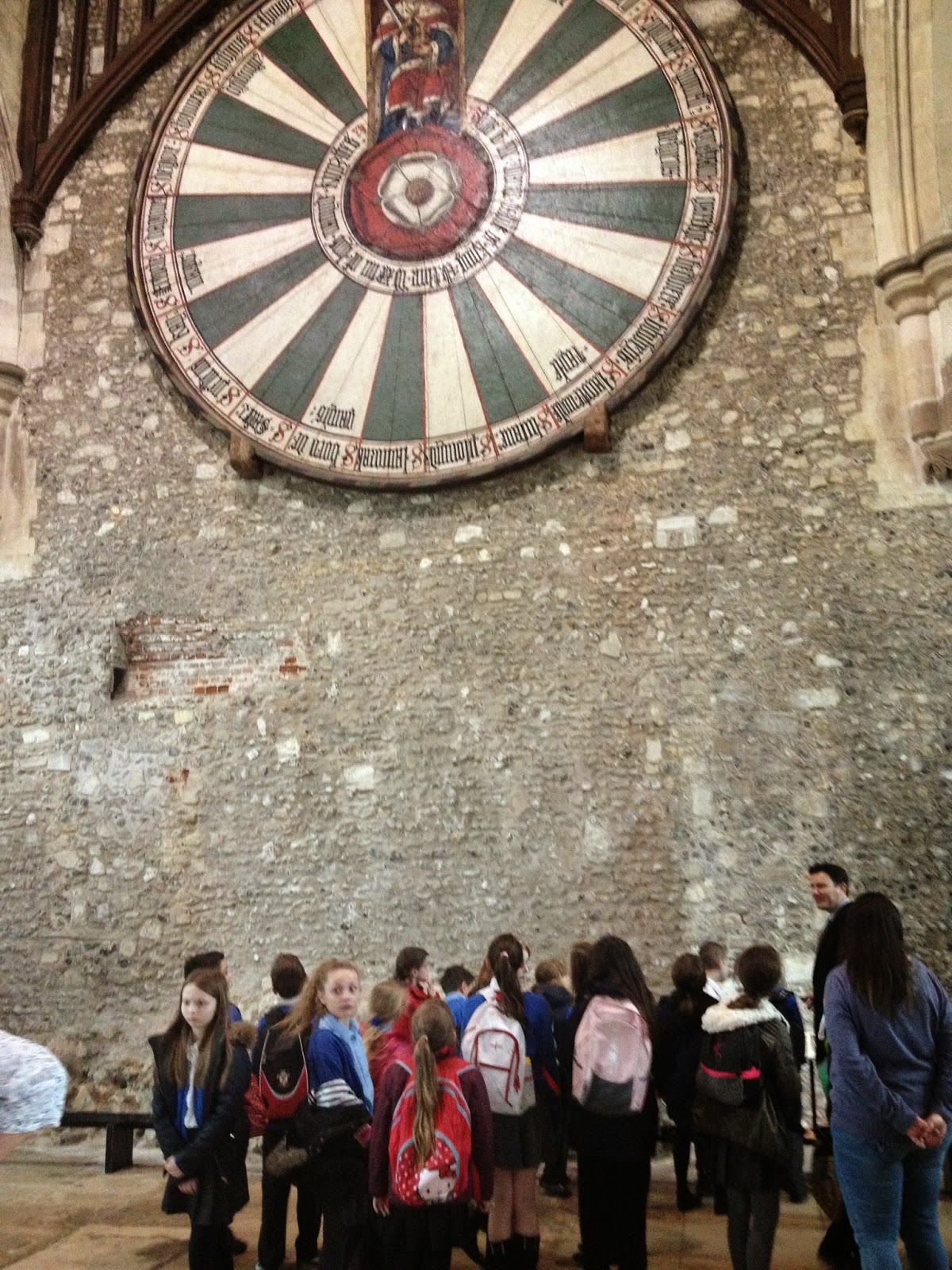 We went out into the school grounds this afternoon looking for signs of spring and new life!

Email ThisBlogThis!Share to TwitterShare to FacebookShare to Pinterest
Year 3 have been enthusiatically bringing in their homework today.  There are lots of wonderful pieces of writing and art work.  Please keep returning the homework to school and we will send out cetificates after the Easter holiday. 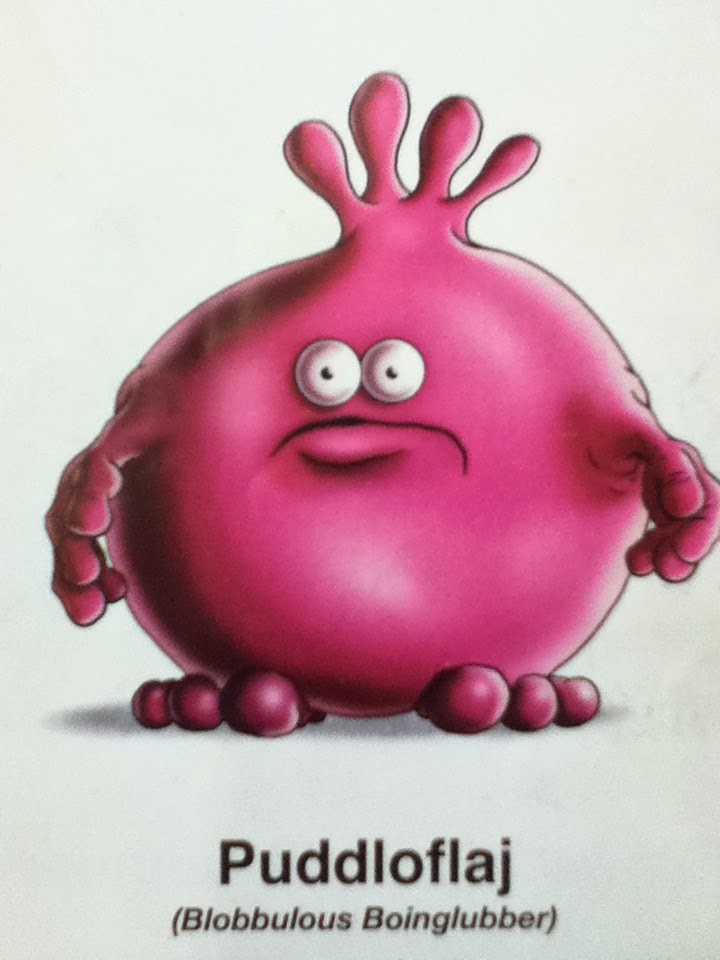 What is this strange creature? You'd have to read some of Year Five's writing to find out! We have been writing instructional guides for how to look after some very bizarre looking creatures. First, we looked through some pet guide books to find out what sort of language we should be using in our own writing. Then, we planned our ideas. 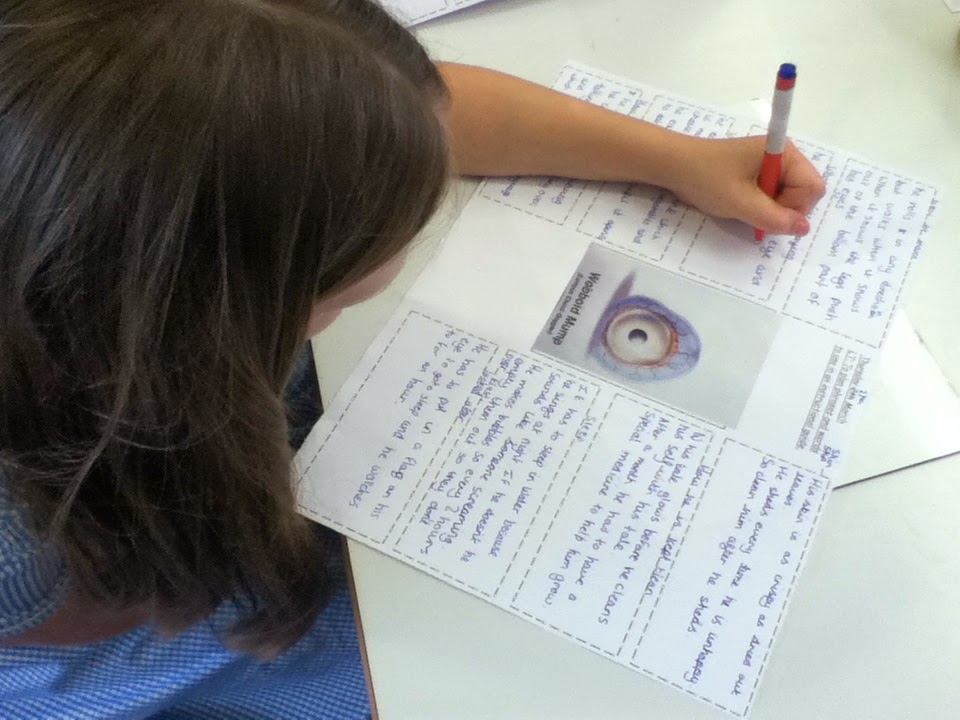 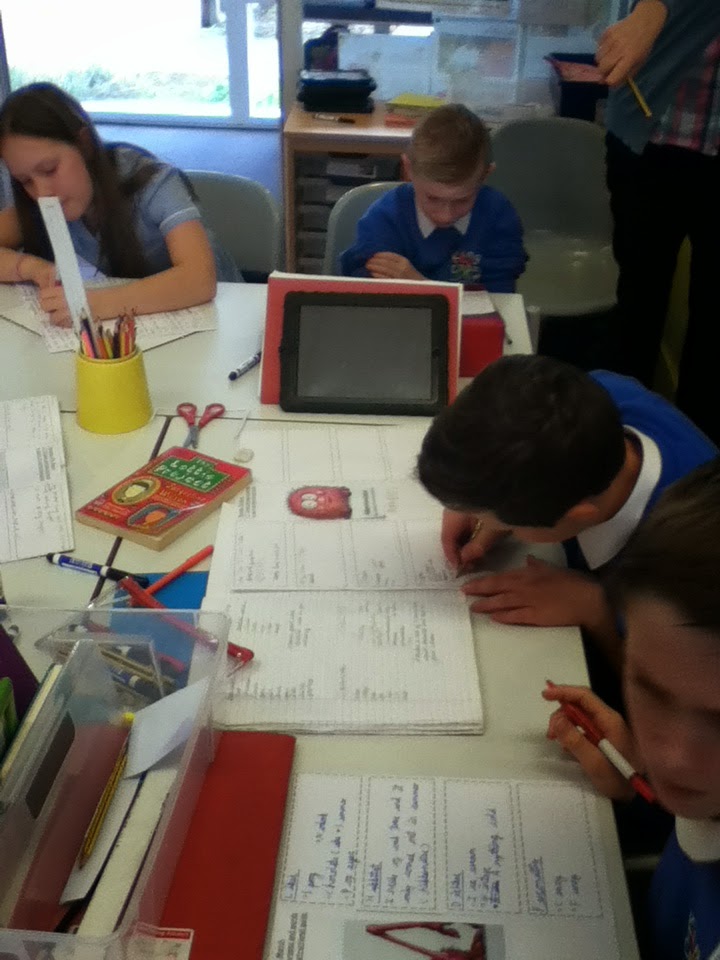 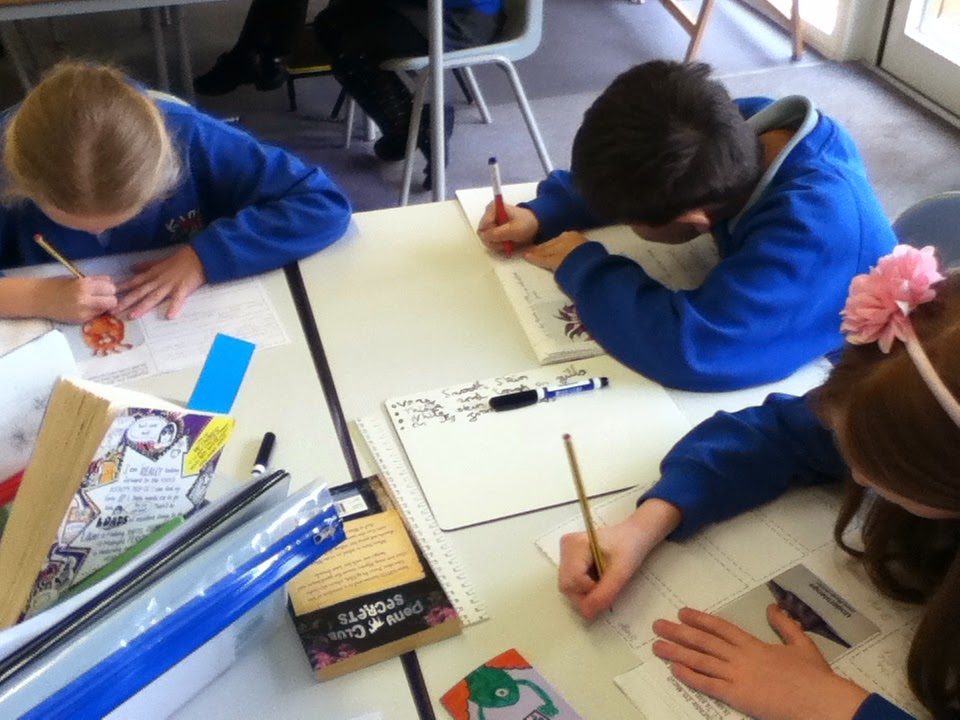 As you can see, we were very engrossed in our gross monsters!
Today, we have started to write our instructional guides. Have a read of an example of our work in progress below. 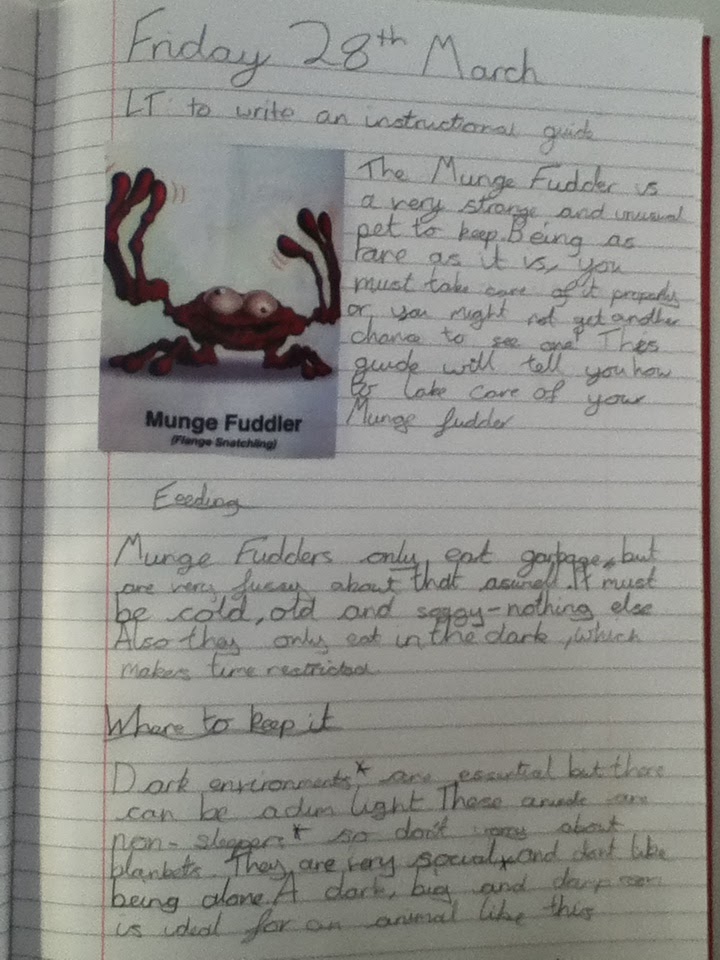 Posted by Anonymous at 16:44 No comments:

Over the past  two weeks we have been very lucky to meet some animal visitors. Mrs King our  dinner lady brought some guinea pigs in for us to get to know and Mrs Blair introduced us to the lovely Princess Leia, who is one of her fab chickens.
We enjoyed handling them and getting to know them. We also asked some good questions to find out more about them!!!

Posted by Anonymous at 16:18 No comments: